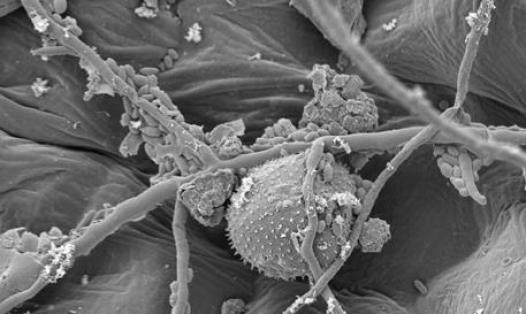 Synthetic community [SynCom] transfer for the... 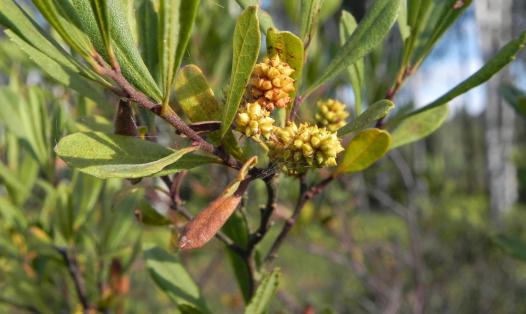 Natural products Bioactivity Analysis of the ...

The integrin αvβ6 is expressed at low levels in most normal healthy tissue but is very often upregulated in a disease context including cancer and fibrosis.

Integrins use endocytosis and trafficking as a means of regulating their surface expression and thus their functions, however little is known of how this process is regulated in the context of αvβ6. As αvβ6 is a major target for the development of therapeutics in cancer and fibrosis, understanding these dynamics is critical in the development of αvβ6-targeted therapies.

Following development of a flow cytometry-based assay to measure ligand (A20FMDV2 or LAP)-bound αvβ6 endocytosis, an siRNA screen was performed to identify which genes were responsible for internalising αvβ6. These data identified 15 genes (DNM2, CBLB, DNM3, CBL, EEA1, CLTC, ARFGAP3, CAV1, CYTH2, CAV3, CAV2, IQSEC1, AP2M1, TSG101) which significantly decreased endocytosis, predominantly within dynamin-dependent pathways. Inhibition of these dynamin-dependent pathways significantly reduced αvβ6-dependent migration (αvβ6-specific migration was 547 ± 128 under control conditions, reduced to 225 ± 73 with clathrin inhibition, and 280 ± 51 with caveolin inhibition). Colocalization studies of αvβ6 with endosome markers revealed that up to 6 h post-internalisation of ligand, αvβ6 remains in Rab11-positive endosomes in a perinuclear location, with no evidence of αvβ6 degradation up to 48 h post exposure to A20FMDV2.

Additionally, 60% of ligand-bound αvβ6 was recycled back to the surface by 6 h. With studies ongoing using conjugated A20FMDV2 to therapeutically target αvβ6 in cancer and fibrosis, these data have important implications. Binding of A20FMDV2 seemingly removes much of the αvβ6 from the cell membrane, and upon its recycling, a large fraction appears to still be in the ligand-bound state. While these results are observed with A20FMDV2, these data will be of value in the design of αvβ6-specific therapeutics and potentially the types of therapeutic load.

Integrins are a family of heterodimeric cell surface proteins which, by definition, integrate the outside and the inside of the cell (Hynes, 2002). They consist of one α and one β subunit, and together form 24 unique α/β integrin combinations in the human body (Barczyk et al., 2010). αvβ6 is an integrin expressed exclusively on epithelial cells, and is mostly absent in healthy, adult tissues (Breuss et al., 1995). In cancer and fibrosis, αvβ6 expression often increases, and its expression is associated with disease progression and poorer prognosis (Hynes, 2002; Saini et al., 2015; Niu and Li, 2017).

αvβ6 is upregulated on an estimated one third of all solid cancers (Saha, 2011) and thus is a promising differentially expressed cell-surface molecule for detection and treatment of such cancers (Saha et al., 2010). The expression of αvβ6 is generally associated with poorer prognosis through a multi-faceted pro-tumorigenic response, including through its activation of TGF-β1 (Goodwin and Jenkins, 2009). While αvβ6 has been subject to intensive research towards development of αvβ6-targeting therapies, much of its basic biology remains not fully understood, including its internalisation and trafficking dynamics.